The biggest mistakes when opening up a restaurant, a café, or a cafeteria

Opening up a new establishment is not an easy task for both a professional restaurateur and for abeginner entrepreneur. Professional restaurateurs tend to have their own team, which handles development and opening upestablishments“from scratch”, a perfect example of which is ArkadyNovikov, whose experience and success can be seen both in Russia and abroad. And, depending on qualifications and experience of the team, it has a clear understanding of the project stages, all the pitfalls, as well as the budget to implement and promote the establishment. 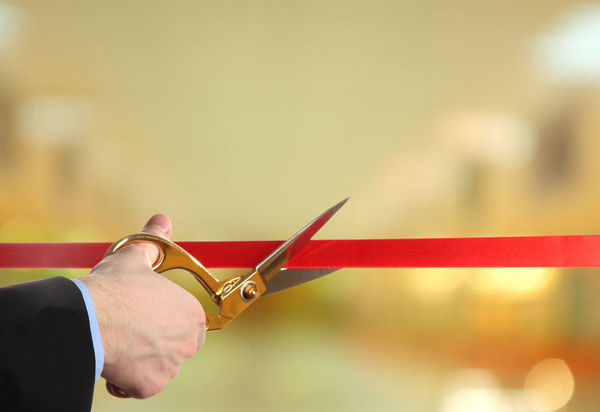 Beginner entrepreneurs in the HoReCa field, who, for various reasons, find it not beneficial to have a professional development team, often make mistakes during the opening stage that affect investment budget and timing of implementation.
In order to warn our readers about the major mistakes made during the process of opening new establishments, we worked out a list of common mistakesand the ways to handle them, and here are the major ones:

1. Selection of premises and rent holidays.

Often unprofessional approach to selection of premises leads to disastrous results for an already open establishment, which seriously affects the revenue and advertising budget to attract target customers. It is very important to pay attention to the location of the premises, availability and size of the target audience,as well as how the target audience finds out about this establishment, what marketing activities have to be performed to bring the institution to its "full capacity." Sometimes we see the cases where one establishment is opened justopposite another, and, basically, they do not differ much, which, as a rule, tends to lead to a price war in which everybody loses. Therefore, we always recommend to carry out an analysis of the competitive environment. 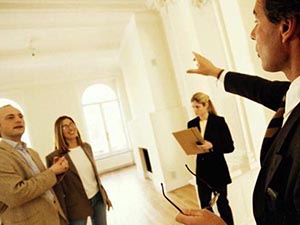 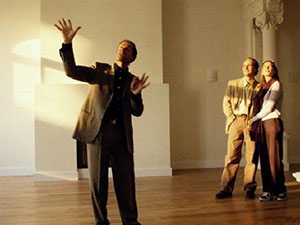 Typically, entrepreneurs, when opening their first establishments, during the choice of the premisesforget about utilities: baseline energy allowance, the possibility to install a separate kitchen vent hood, air conditioning systems, etc. There have been the cases that we were contacted after the lease contract had been signed, when it became clear that the planned budget for the opening increased significantly due to the need to increase capacities or move thevent fan onto the roof of the building. To avoid such situations, it is necessary to request such information from the lessor’s engineering service, and to include those items in the lease agreement.
As regards rent holidays,as a rule, the complete scope of work (design, permissions, production of furniture, construction, etc.)is not taken into account, and if the opening schedule has not been properly worked out, restaurateurs begin to pay rent while the establishment is still under construction, which negatively affects the investment budget. 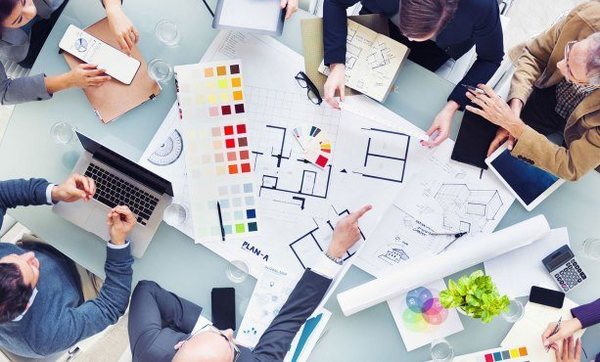 During the process of concept and design development many beginner restaurateurs are based on their taste preferences and forget about their customer. It is important to remember that not only you or your friends will be spending the time in that establishment, but other customers as well, who will be bringing the main income. Creating a certain atmosphere in the future establishment is a very complicated and responsible task that is best left to professionals because mistakes at that stage can lead to negative consequences in the future.

Before the start of construction work it is necessary to prepare a complete set of design documents: Production Technology, Architectural Solutions, Constructional Solutions, Water and Sanitation, HVAC, Internal Electrical Lighting and Equipment, Fire Alarm System, etc. Any professional restaurateur knows that, but this rule is neglected by aspiring entrepreneurs, which leads to an increase in time and budget. And, what is most important, in such a case the final result suffers and in the end you can get the establishment,where it is too hot, which is full of cooking odors, where something is alwaysshutting off, flowing or breaking. It is also necessary to keep in mind that when you open a «street retail» establishment, you may face the obligation of additional approvals of the building exterior change from Moscomarchitecture authority, in the case of adjustments to any building designs it may require additional approvalof the author of the project, in the case of changing the BTI plan it will require additional planning permissions. 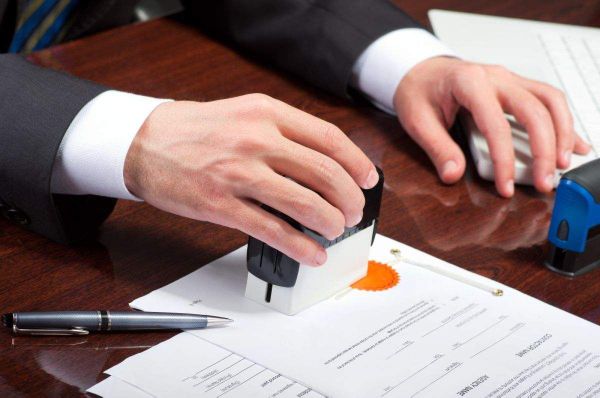 And in the case that you are opening anestablishment in a shopping or a business center, it will be necessary to obtain permissions for all the documentsfrom the administration and the maintenance service, which often exceeds the possibilities of beginner restaurateurs.
At the initial stage of the design, beginner entrepreneurs ignore calculation of the budget to open the establishment or do not think it is necessary to inform the designer about that, thus the design is carried out by the oral specifications of the client, who may not always accurately determine the total cost of the project and after calculating the estimates and quotesthe client and the designer have to adjust the design project to reduce costs, which leads to an increase of the design phase time period. In this case, we recommend to determine the implementation budget limit for the designer, and a professional designer, in their turn, will try to conform.

Perhaps the most common mistake is the beginning of work without the project documentation and the entrepreneur’s attempts to coordinate multiple contractors who perform construction work, mount ventilation and air conditioning, fire alarms, windows, signboards, furniture, commercial equipment, etc. This kind of work can be performed professionally by a person with extensive experience in opening of new establishments, but beginnersoften face a lot of issueswith coordination, which delays the contractors’ work and often leads to a rise in the cost estimates and to a lot of extra work.

A common mistake is over-saving:

- on construction work. Entrepreneurs hire small construction crews or people without experience in construction of restaurants and the cases when such companies do notcomplete all the work and leave the object unfinished are not rare. 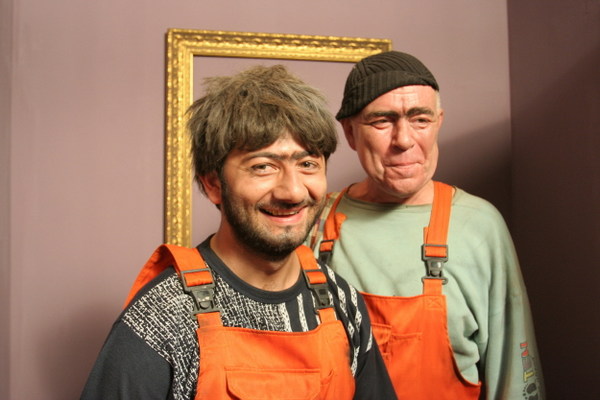 A common mistake when choosing a contractor is making a decision according to the final figure on the estimate.When getting estimates from “unscrupulous” companies,entrepreneurs often pay attention only to the final amount, without paying attention to the content, volumes, inclusion of all items of expenditure, etc. In the case that they sign the contractor agreement based on such an estimate, in the end the establishment needs a huge amount of extra work, which exceeds the originally signed budget many-fold.       - furniture. Buying retail or restaurant furniture of low quality often leads to the need to replace it after a short time, due to tear and wear of non-commercial use upholstery of seating furniture, tables, chairs, etc.       - commercial equipment. To reduce the budget, entrepreneurs often tend to use cheaper equipment, however, they do not take into account that its failure would cost them a lot and, in fact, when the equipment starts to break down in the existing establishment, the cost of its repair can be asignificant expense, not to mention the losses associated with spoiled food, when it comes to refrigeration.
To avoid the above mistakes, we recommend that you hold on to the middle ground, and deal withspecialists.
At some establishments under construction, there are situations when the client on their own makes adjustments to the project documents during the completion of construction (moving partitions or openings, rearranging outlets, fixtures, etc.). That, as a rule, leads to a significant increase in completion time and a growthof the budget of the construction work. We recommend to our clients to dothat work at the stage of design and preparation of 3D visualization, as at that stage any adjustments are made within a few hours, but adjustments madeafter actual construction work has been carried out, may take more than one day, and if those adjustments are related to engineering systems, those corrections can lead to alteration and renegotiating of project documentation.

Many entrepreneurs do not attach importance to proper use and maintenance of commercialequipment, ventilation system, air conditioning system, etc., which leads to costly equipment failure and further repair. Restaurateurs, who do not pay enough attention, trying to save on equipment maintenance, tend to pay a lot more for repair and unit replacements. To avoid additional costs for repair, we recommend that you sign a service contract with a specialized company, in this case you, at least, get professional use training for your staff, as well as monthly maintenance of all units, that minimizes unexpected breakdowns and operation stops. 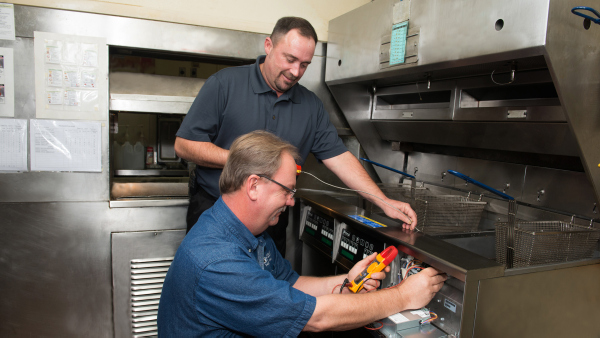 To avoid the above mistakesof beginner restaurateurs, the experts of Unique Technologiesrecommend contacting the specialistsin this field, who deal with complex project implementations, who are ready to take responsibility for the design, construction, provision of furniture and commercial equipment, as well as further maintenance,which will help to avoid losses during implementation and significantly simplify the work, as well as allow the client to concentrate on their core business. And we would recommend that professional restaurateurs may optimize their operating costsin the case that they transfermost of the functions associated with opening of new establishments to one company, which will be responsible for the overall outcome, not only for a part of it.